Leave us your email address and be the first to receive a notification when Robert posts a new blog.

Robert Cranendonk Follow author
Follow author
NSX-T Packet Walk
Mon 06 Dec, 2021
Today I want to show you a quick overview of the path a packet makes when in- or egressing in our lab environment. Overlay networking can sometimes be confusing because you’re working with layers, so I hope this short primer helps to give you some context.

If you like this sort of thing I can highly recommend spending some time looking at Wireshark and doing packet traces while looking at the different interfaces on each Edge Node or ESXi host. It’s really cool to see all the different steps. 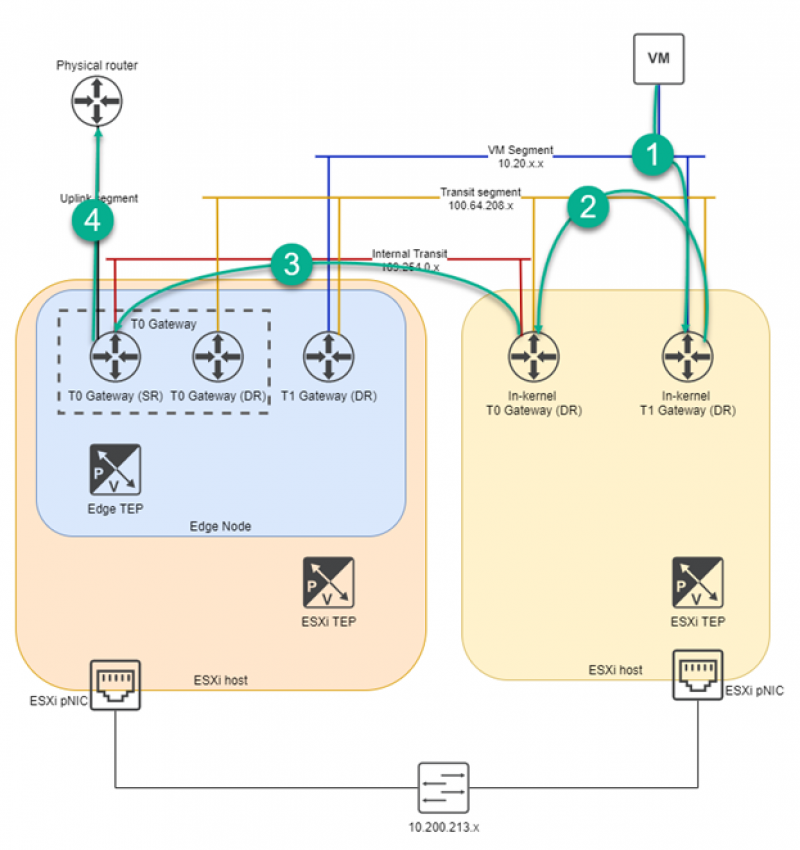 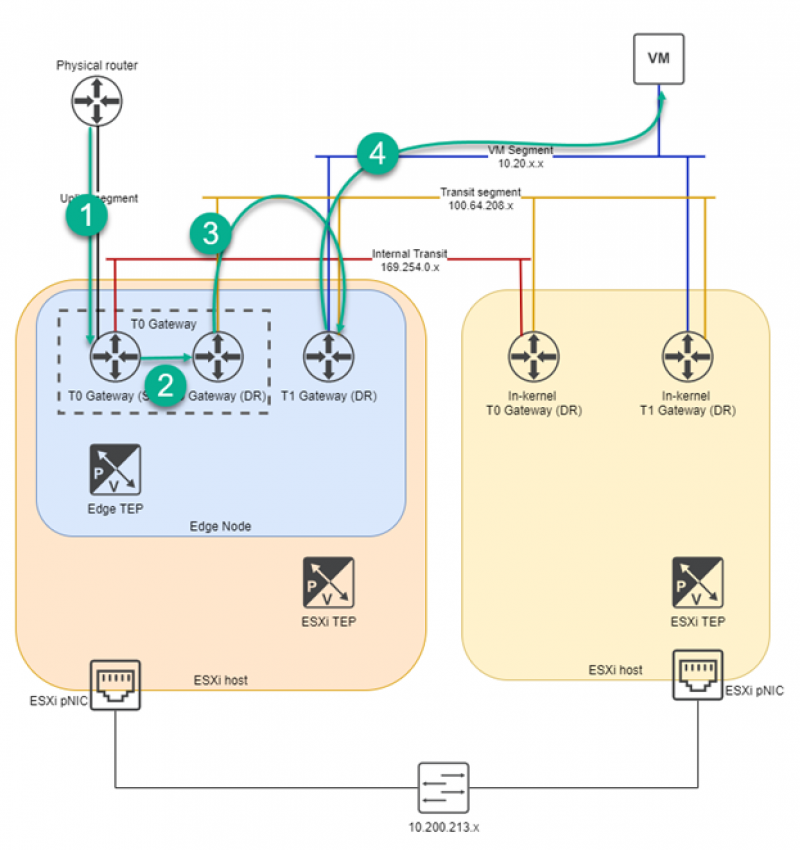 When a packet has to enter the physical network from one NSX component to another it is encapsulated in a GENEVE packet. This GENEVE packet has an outside layer of source and destination IP of the source TEP and destination TEP. This way the physical underlay only has to look at the TEP to TEP traffic, not the overlay traffic that is encapsulated within.

In order for a packet to move from one ESXi host to another it has to traverse the physical network. This is where GENEVE comes into play.

Each ESXi host and each Edge Node has a Tunnel End Point (TEP).

The Edge Node has its own TEP. When traffic goes to and from the edge node it uses this TEP, not the ESXi TEP. This is why the Edge Node has an N-VDS configured: to house the TEP. Read more about the N-VDS (and other switches) here! 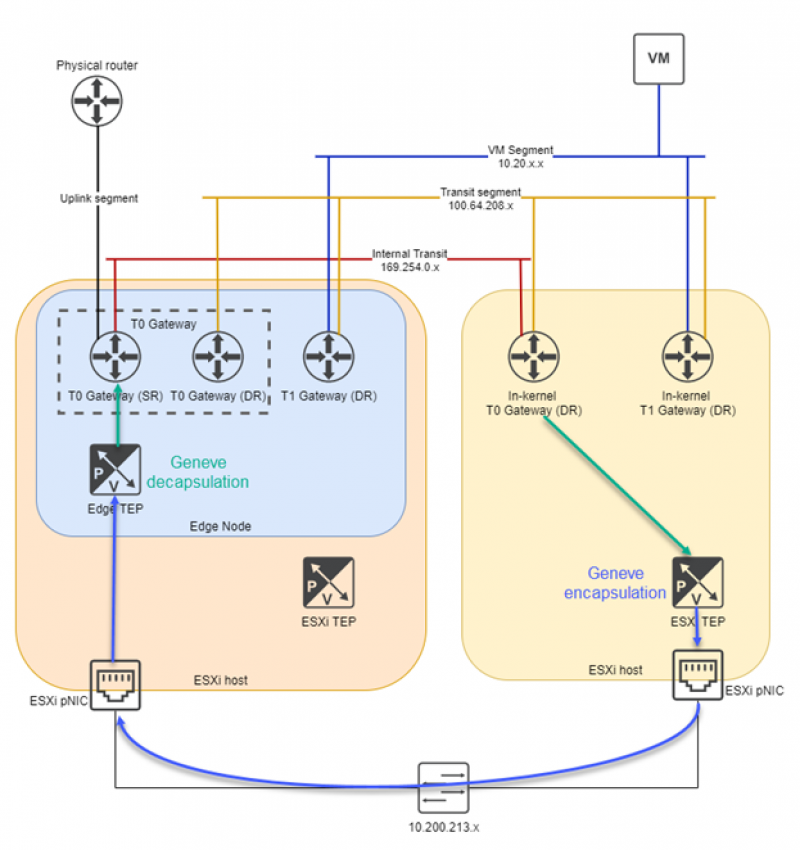 Message Robert directly, in order to receive a quick response.