Robin van Altena Follow author
Follow author
NSX-T 3.2 Object promotion
Mon 03 Jan, 2022
In the last month of 2021 VMware released a new major version of their software-defined networking solution NSX-T. NSX-T 3.2 includes a new option to promote objects, created in NSX Manager, to NSX Policy. This is a very handy feature for those who have been working with NSX-T for a longer time. In NSX-T 2.4 the Policy API and simplified UI was introduced. The previous GUI and API was moved to the Advanced Networking & Security section.
Textarea

The Policy engine, or declarative API, was introduced to allow for a much simpler way of consuming NSX-T. An engineer or administrator can now declare the desired state in one API call and the system will determine which actions need to be taken to reach that desired state. Instead of figuring out the current state and taking detailed steps (multiple API calls) to reach the desired state.

But for customers who were already working with NSX-T in the simplified UI, later called the Manager UI, there was no way to migrate or promote the created objects to the Policy engine. Even customers who started with NSX-T 2.5 and terraform were forced to use the Manager API because Terraform didn’t support the Policy engine when NSX-T 2.5 was released.

During the upgrade from those older versions, customers had to continue to work with the Manager API or re-create the objects from scratch in the Policy API or engine. With NSX-T 3.2 this has finally changed. 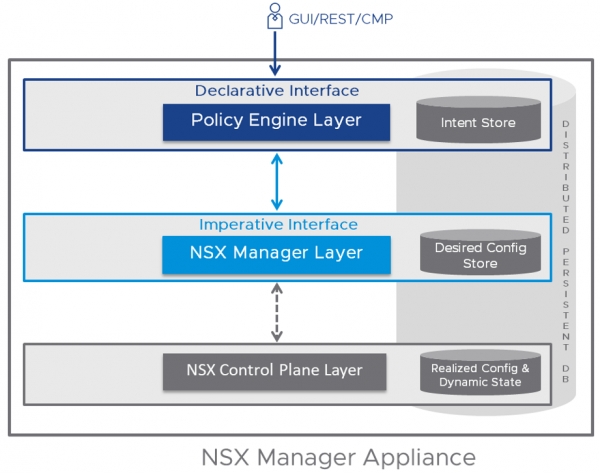 Although this is a great step forwards, not all objects can or need to be promoted from Manager to Policy, because they may be deprecated, are not available in Policy, or they have passthrough APIs. For example: Upgrade, Service Insertion, License management, and Bridge firewall objects. 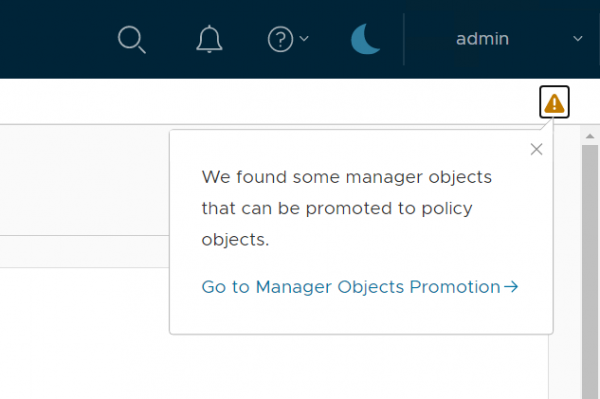 As shown in the screenshot, I have created a few items in the Manager, to demonstrate the promotion to the Policy engine

Especially on the Segments it is clear to see that there are no segments available in the Policy engine. 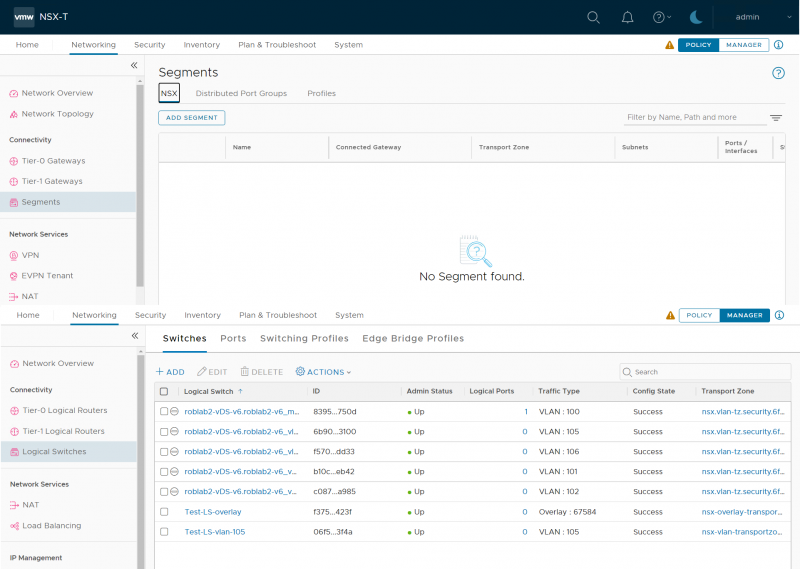 After clicking Continue the objects will be promoted to the Policy engine. As shown in the next screenshot this isn’t always possible in a single go. For the demo I have created a Group based on a Logical Switch or a logical port. Because the Logical switch hasn’t been promoted yet, the Group can’t be created or promoted.

Even though I was able to skip the creation of the group, the group was also used in the firewall rule. So, my only option was to cancel and rollback, which also failed. 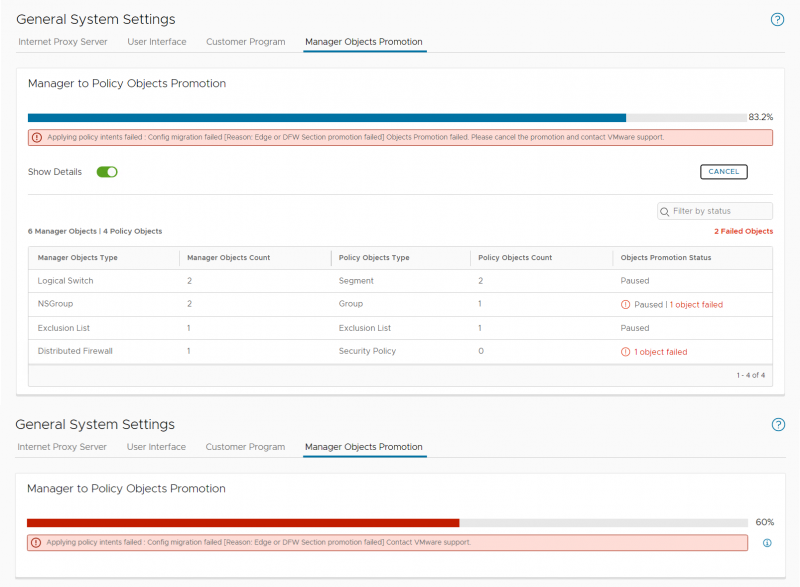 Maybe a retry button for the security group would be a good idea, so the creation of the group can be retried after the segment has been created.

When my rollback also failed, I saw that the segments had been created. So, I decided to do a little troubleshooting in my lab environment.

These next steps should not be used in a production environment. I used them to troubleshoot a failed promotion in a lab environment.

Because the Manager Object Promotion is part of the migration service, I decided to logon to the NSX manager, to clear the log folder /var/log/migration-coordinator/mp2policy and restart the promotion. Since my logical segments had already been created and only the Groups with the firewall rules need to be promoted.

After restarting the migration coordinator there were still 4 objects left to promote and I was able to complete the promotion of these objects in the normal way.

All objects can now be found in the Policy layer of NSX-T.

Again, test the promotion in a lab environment or in a separate NSX-T manager before performing this in a production environment and make sure there is a back-up available. The method I used here to continue and finish the promotion is my own trial and error. It’s not based on any recommendation from VMware, so please use it carefully in your own NSX-T environment.

I hope you have enjoyed reading this and please leave a note if you have any questions.